2017 has been a huge photography year for me. My ability, my passion, my drive has grown and I thought it good to look over the year. I also see I can be the tragic artist that strives for perfection and gets disheartened when it doesn’t occur. Here are 11 photos that I’ve taken over the year that have a special place, with a special story and memory. So much has occurred and so it’s great to see where I’ve been taken by my love and drive to get that shot.

At the beginning of the year I had my first photography exhibition. It was a huge event. I had never done anything like it before and although it was really hectic leading up to the night I was amazed at the result. It was such a beautiful celebration of Australian beauty and I was so grateful to many friends helping bring it to fruition. 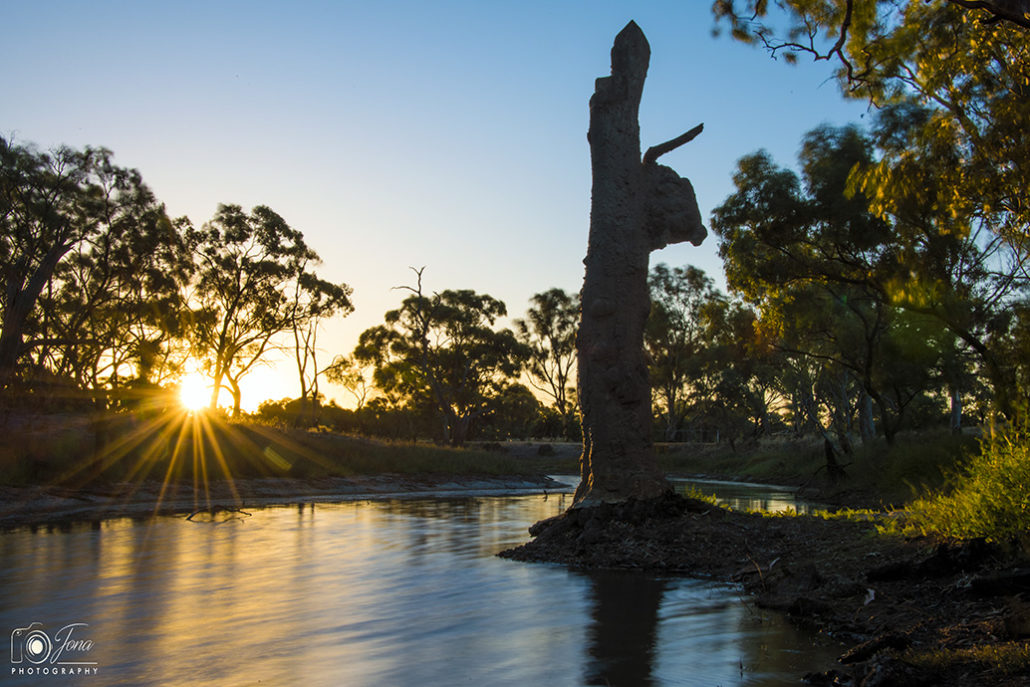 I grew up in a small town called Donald, in country Victoria. It’s notable feature is a tree that has a stump shaped like a buloke’s head. When it floods the discussion is “will the buloke drink”. When I was there for my mum’s birthday I took this shot and thought “this is the best photo this tree has ever had”. Now this canvas print sits in the Donald Cafe’. 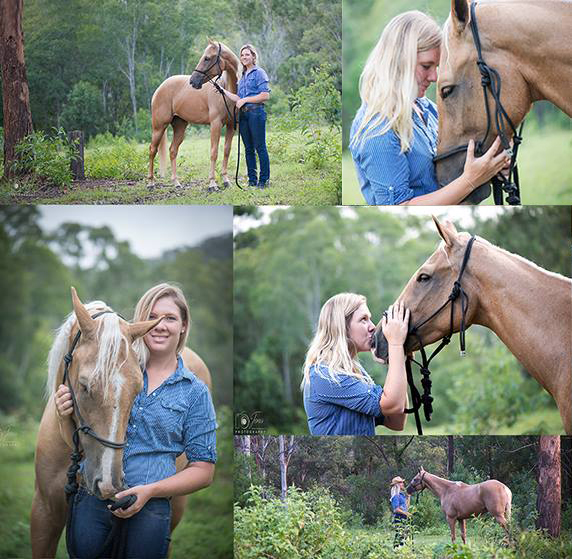 I love what an animal’s love can mean to a person. Although I don’t have a lot of experience with horses I wanted to capture this love between a horse and their owner. This was my first horse session in doing it. Pally and Shelby were the perfect models for the event, even if Pally jolted at the end of the session when she realised she could. 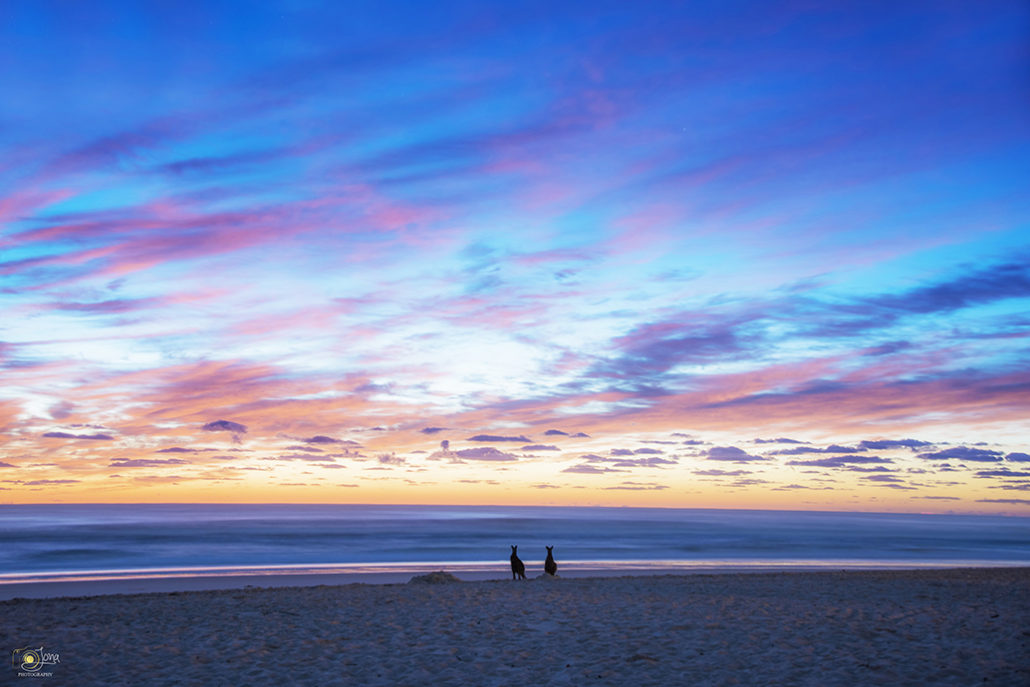 On Easter morning there was a sunrise church service that I was attending. I’d been asked to take a few photos and so was arriving a little early. When I got there these kangaroos were on the beach. I’ve never seen kangaroos on the Gold  Coast beach and it really was an amazing moment and morning. 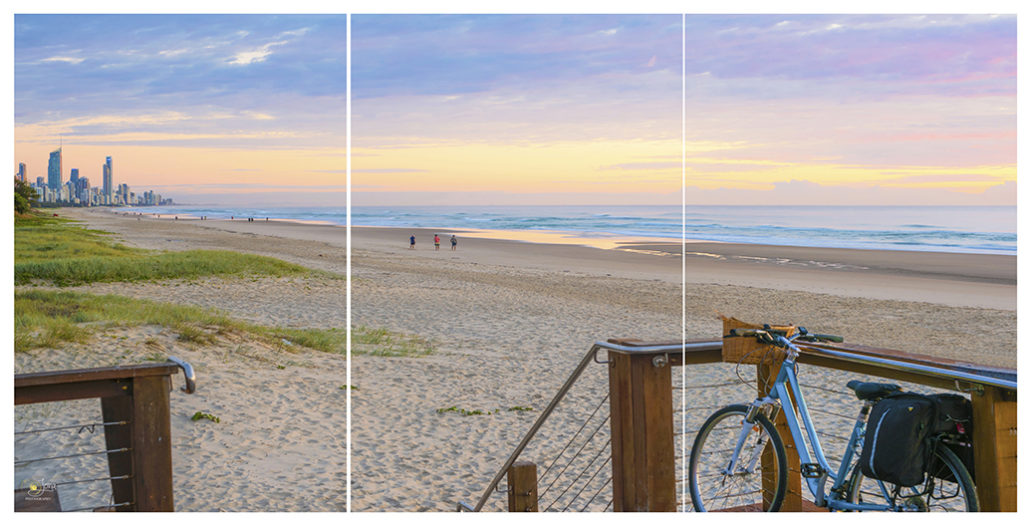 One person who attended my exhibition asked me to capture a special place that they held dear and then produce it on 3 canvas panels, a tryptych. It was a challenge and I wanted to get the moment right. Afterward I thought others might have a special place they had so I created an offshoot of Jona Photography called Your special place captured. 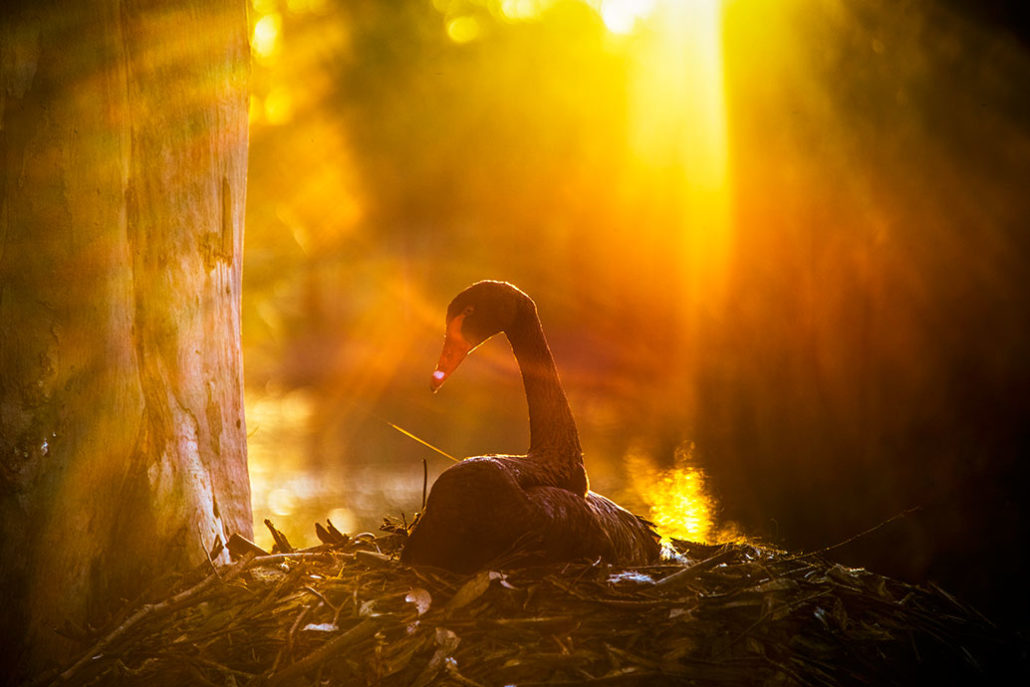 In May the hospital I loved working in as a theatre nurse shut. It was such a shock and in the weeks proceeding it I actually had time to do things because I didn’t have nursing. One thing that I did was visit my favourite local swan on my running track. One early morning I captured this.

This is possibly my favourite 2017 photo. The morning I took it I drove out of Alice Springs hoping to find a hot air balloon sailing in the sky. I didn’t know where to go but I prayed I’d get an amazing shot. On the way back from not finding the balloons the sky filled with colour. I couldn’t contain it in a single shot and so this is about 5 photos stitched together. 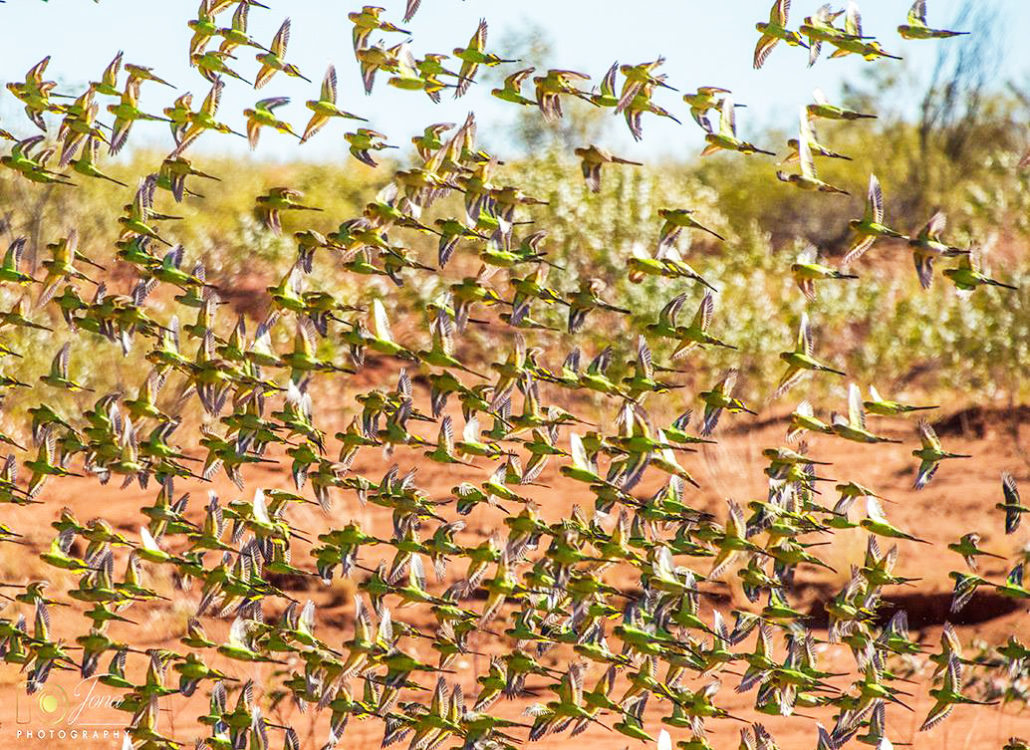 A few months ago before photo I saw a similar shot. It shocked me. As someone who’d grown up with pet budgerigars it had never occurred to me that they were out in the wild. That’s why when I experienced with my own eye, my own lens is was such an incredible experience. For an hour these budgies darted all over the waterhole, dipping in and out of the water. It also convinced me that I needed a real telephoto lens. 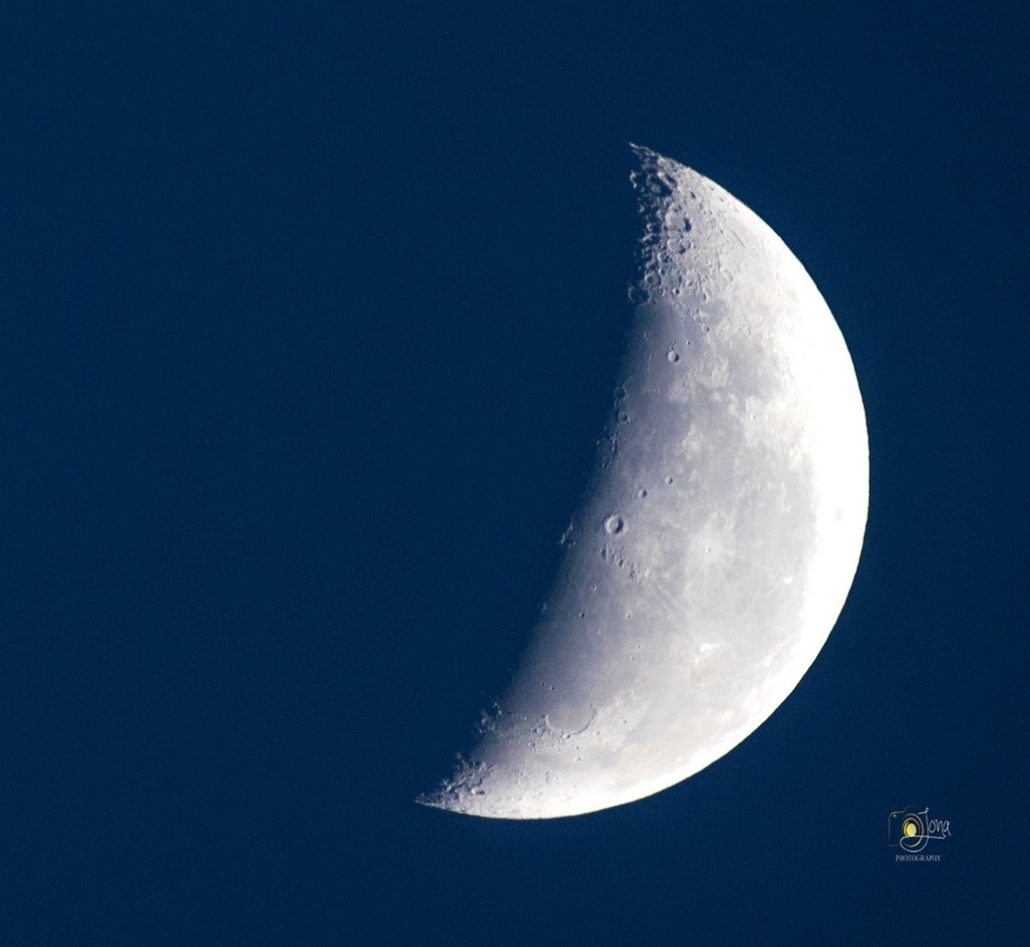 Early one morning my husband wanted me to get up and take a photo of the moon. He was so insistent that he went and got my tripod out and convinced me to get up. This was the shot I got. Some photos are lessons and this one was “even though you don’t always want to get out of bed for the shot doesn’t mean you shouldn’t”. 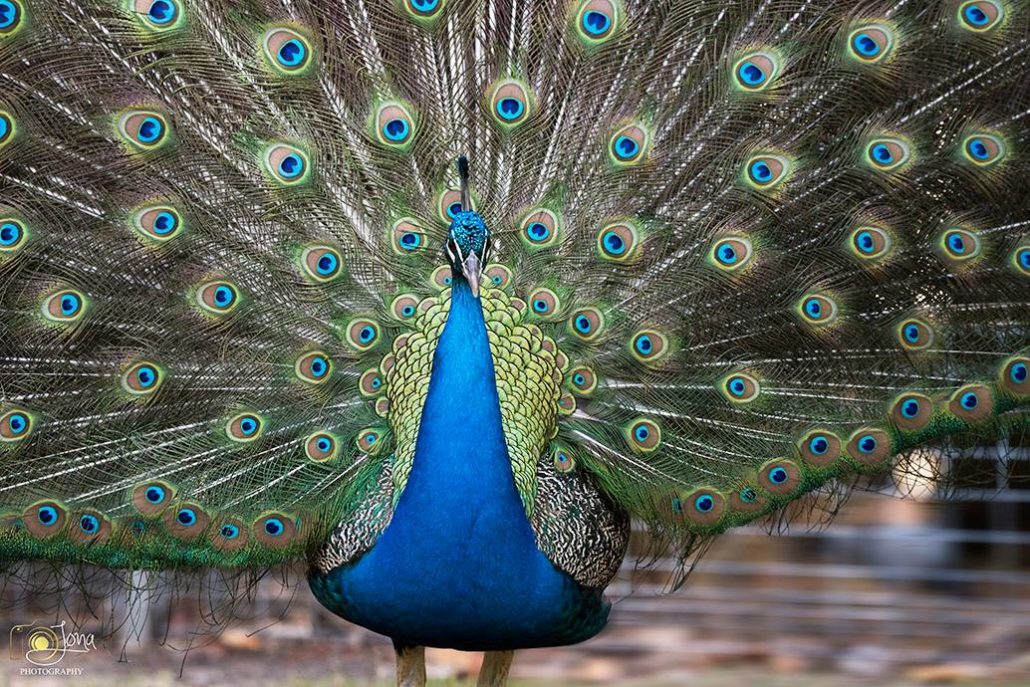 About three years ago I tried to get a photo of a peacock, it was a friends peacock so I didn’t think it would be too difficult. However the day I went Alex was in a bad mood with his owner so I didn’t succeed. Then about two years ago I went to this peacock park to get a photo and all I got was about 100 insect bites. This year I went to the peacock park, I even was carrying my lens ready to snap if I saw a peacock. When a local resident saw me and my jumbo lens they pointed me the direction to walk and I go this. 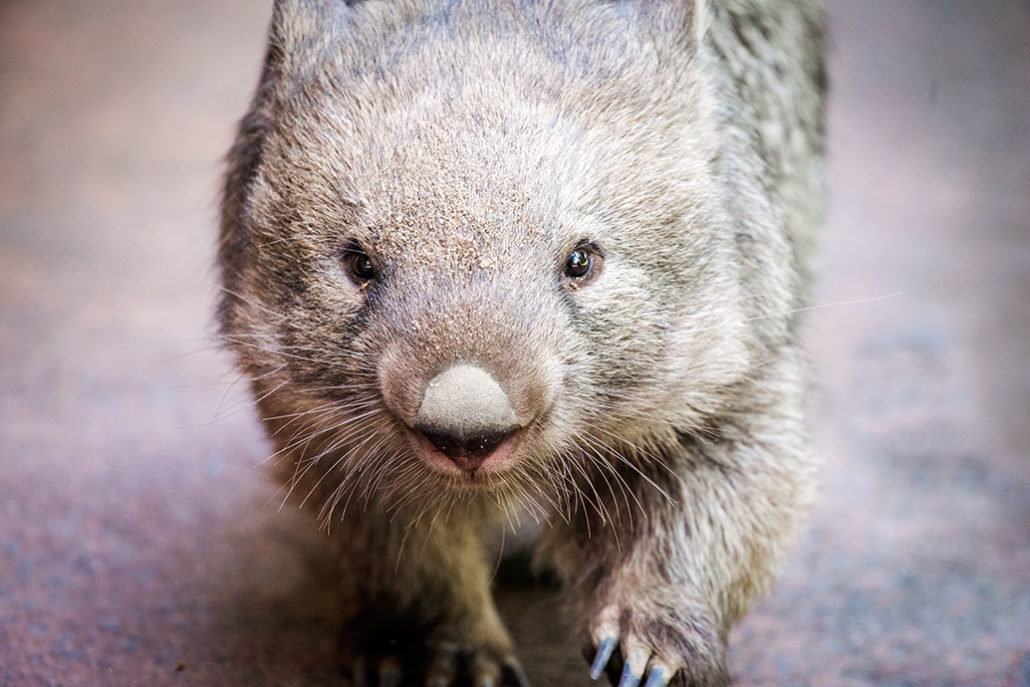 I’ll admit I have a special bond with animals. I don’t fear them, I don’t get intimidated by them, instead I want to photograph them. On my birthday my husband took me to the Australia Zoo. They have a lot of animals but I saw this wombat timidly coming out of his hutch. As I walked toward his enclosure he walked toward me and got this shot.